The problem of many industrial processes is the high presence of limestone that can precipitate or fix itself, so it is important to remove calcium and magnesium ions from water with industrial water softening systems.

A water softening system is made with the use of resins that through an exchange between sodium ions, replaces Ca2+ and Mg2+ ions with Na+ ions, the resin used to soften the water is a strong cationic with sodium cycle.

The softening of primary water is not a purification of water, but an exchange of substances, the water passing through the resin is deprived of calcium and magnesium and replaces it with sodium, the conductivity of the softened water is higher than the same water not softened because of the added sodium.

Our softeners and their water softening system are built to be completely automatic, the type of softening plant is also designed to measure and is specific to the needs of the company, we can provide the softener or the softening system with several filter columns and with different flow rates. 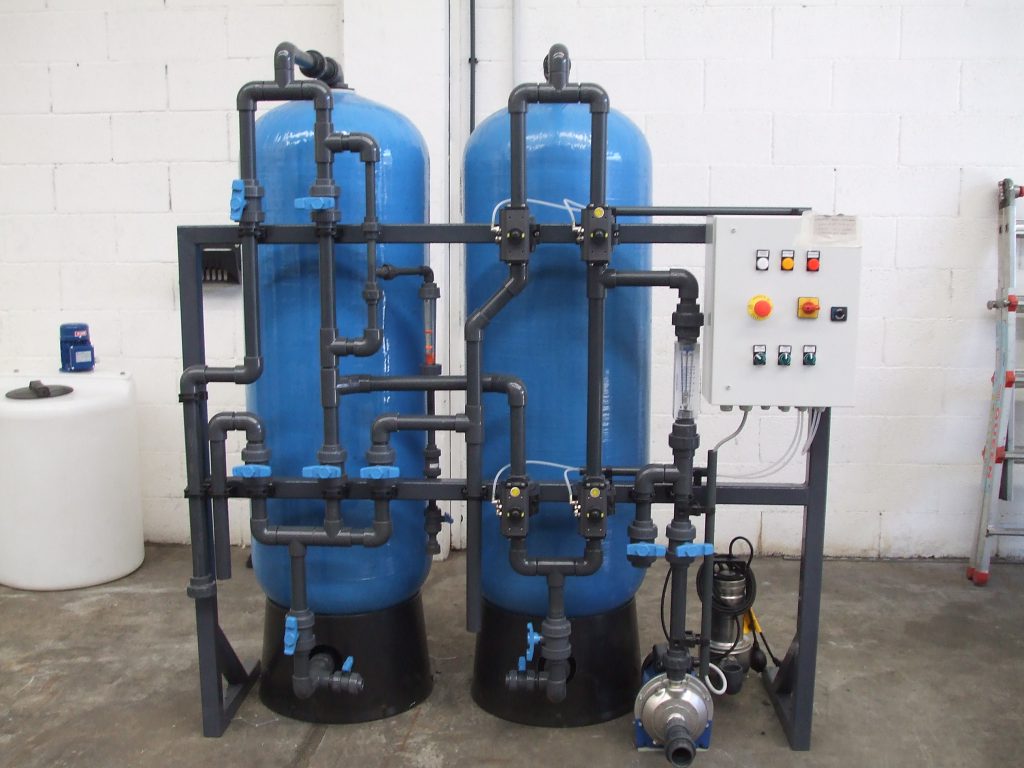 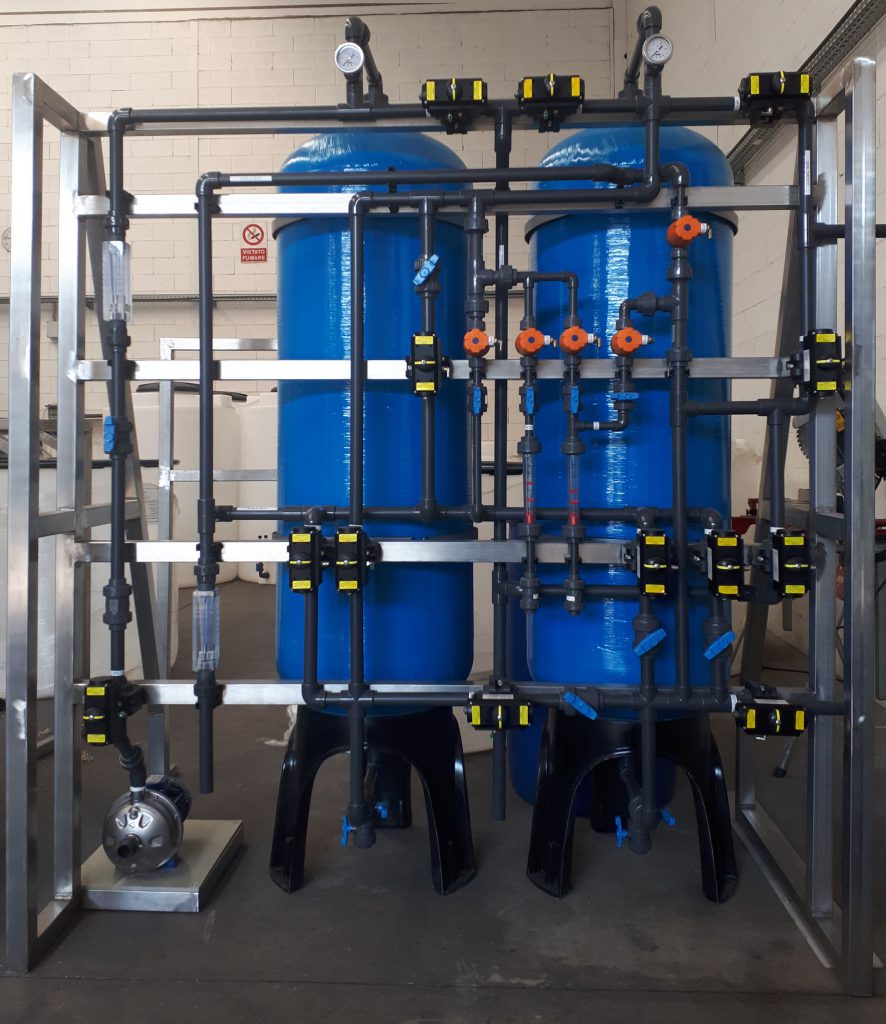 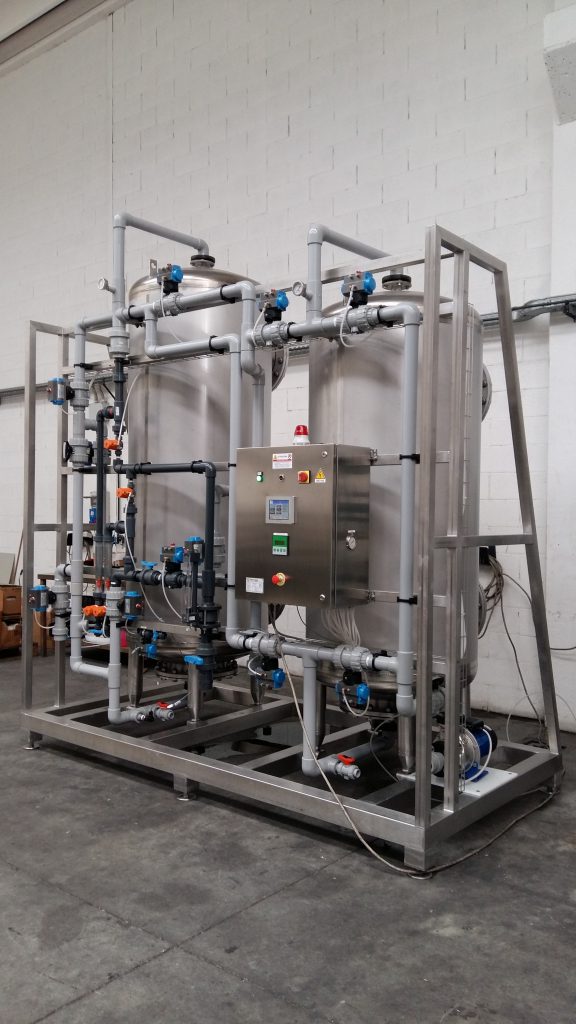