Hardness in water is often a problem in many industrial processes due to the risk of precipitation and inorganic fouling associated with it, therefore it is important to remove calcium and magnesium ions from the water with suitable ion exchange resin industrial softening systems.

Pentacque realizes industrial softeners, this process takes place through an exchange between sodium ions, which consists in replacing Ca2+ and Mg2+ ions in solution with Na+ ions; to realize this exchange it is advisable to use a strong cationic softening resin that has as fixed ion -SO3.

This continuous ion exchange makes the water softened. The cycle of an industrial softener depends on the quantity of ions to be retained in the water and the volume of resins used. At the end of the cycle, the resins of the softening plants are automatically regenerated with the special reagent normally obtained by the saturation of sodium chloride in the water (brine), bringing them back to the initial conditions.

The regeneration consists of passing a NaCl solution over the resin bed, which must be rather concentrated, in order to facilitate the exchange in reverse. In fact, the solution in softeners normally has a NaCl concentration of 10-12%.

The softeners and their softening system are designed to be fully automatic, the type of softening plant is also custom-designed and is specific and adopted to the initial needs of the user company, the size of a softener is variable, with flow rates from 2 mc/hour up to high flow rates of 100 mc/hour.

The softening system can be single column duplex or triplex: these 2 second systems guarantee a continuous supply of softened water; these softening systems are characterized by the use of several filters placed in parallel and managed in complete autonomy.

The automation of these softening plants will provide the use the various columns according to the need and it will be possible to deliver water always softened with flow rates also differentiated. In this way it is possible to improve the cyclic yield of the resins and further reduce the operating costs of our softening plants.

The softeners are completely automatic, except for the salt refilling, our softeners do not need maintenance as they all adopt a personalized self-diagnosis system that signals any anomalies.

The industrial softeners with high hydraulic flow rate manufactured by us, in addition to the equipment of a PLC, can be connected to the network to provide information and graphs on the volumes treated, the cycles performed, the self-diagnosis information on reagent consumption and any recommended operations to be performed.

In case of water to be treated with a strong presence of sediments, the softeners can be equipped with a self-cleaning mechanical filtration at the beginning without any ordinary maintenance operation.

The softeners on the basis of the needs and according to their use can be completed by disinfection systems; the resins of industrial softeners can be sterilized by direct injection of specific chemicals, alternatively it is possible to use a cell that, exploiting hydrolysis, automatically produces the disinfectant agent directly from the brine used to regenerate the softener resins at each regeneration. 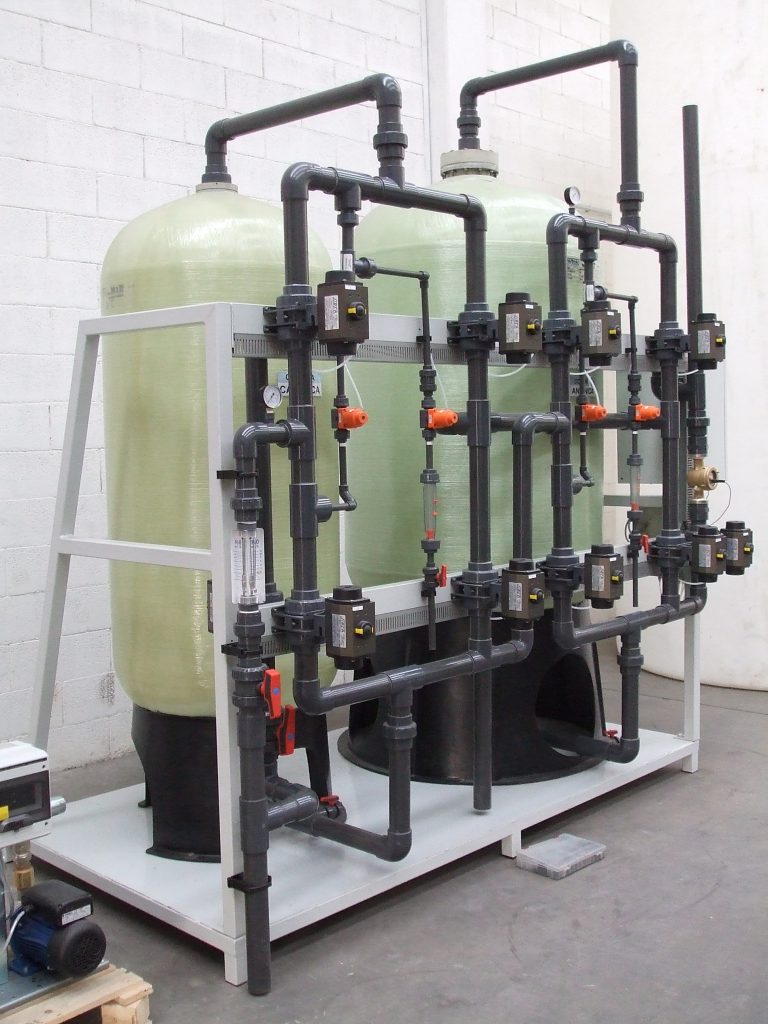 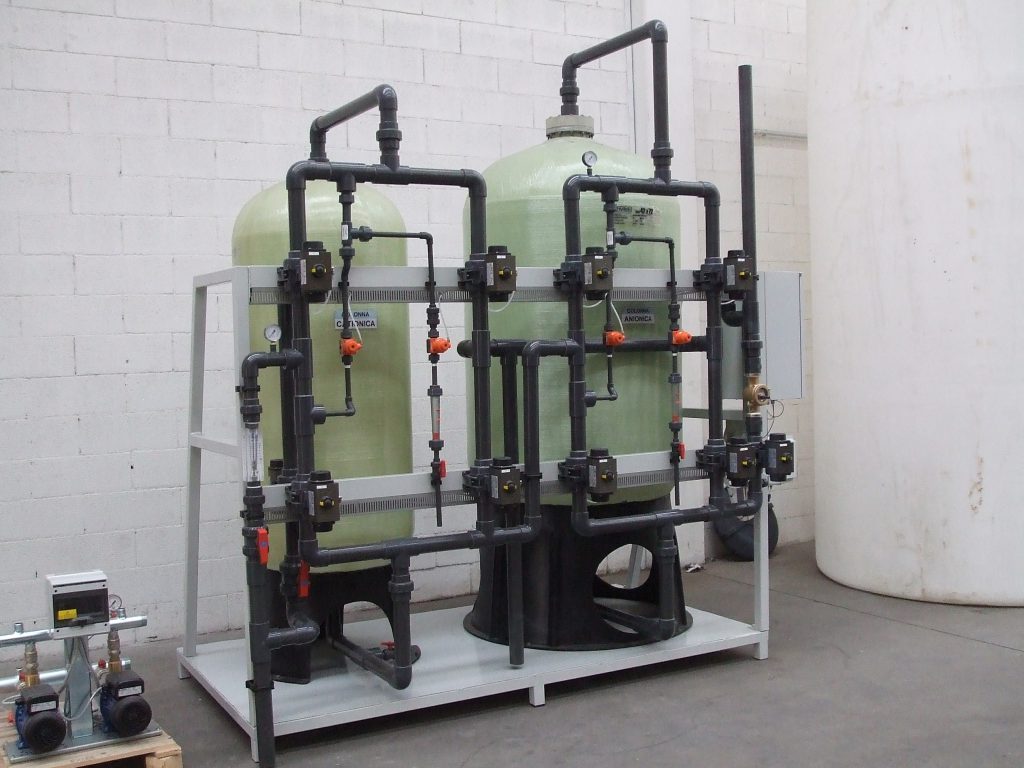 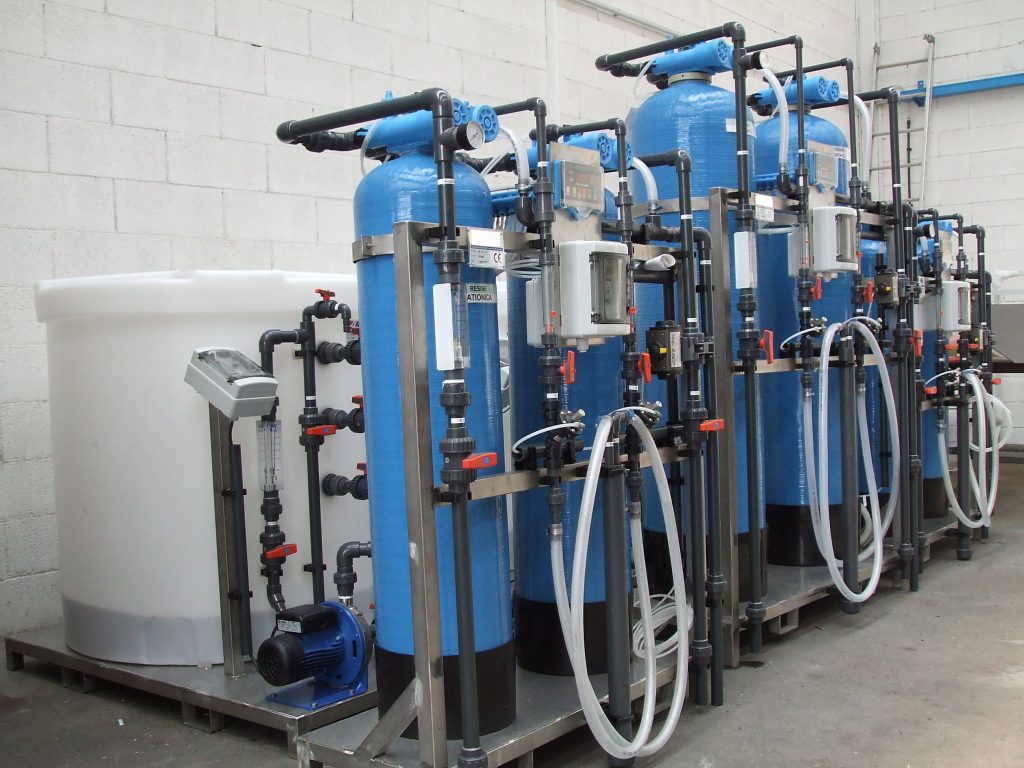 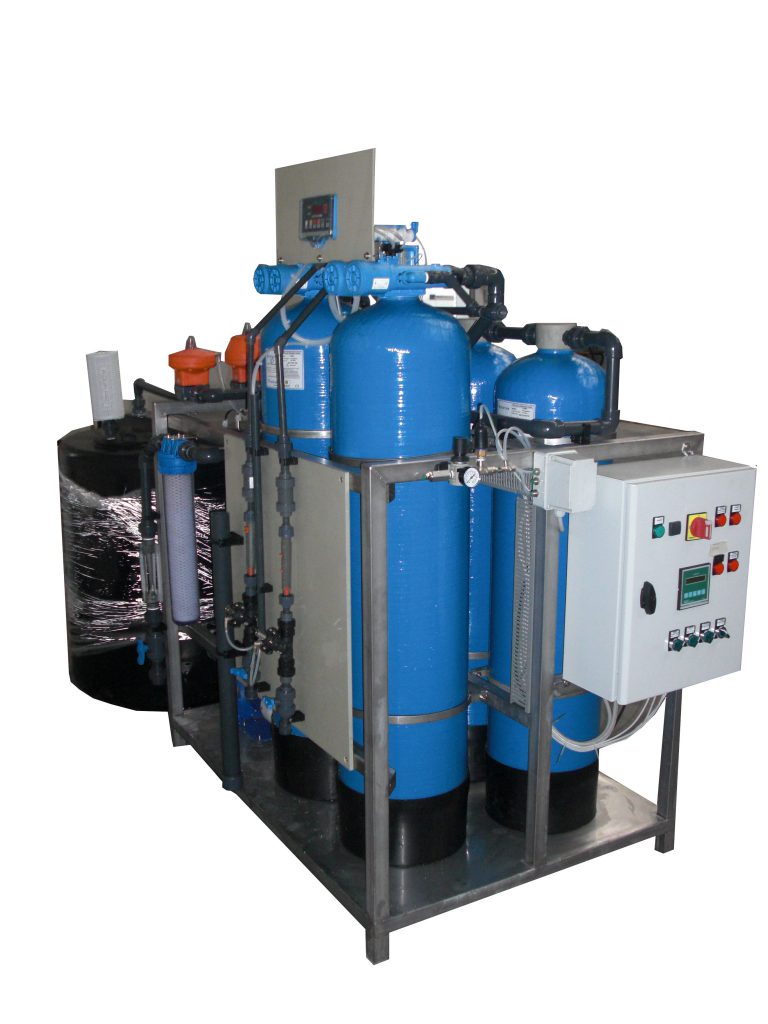 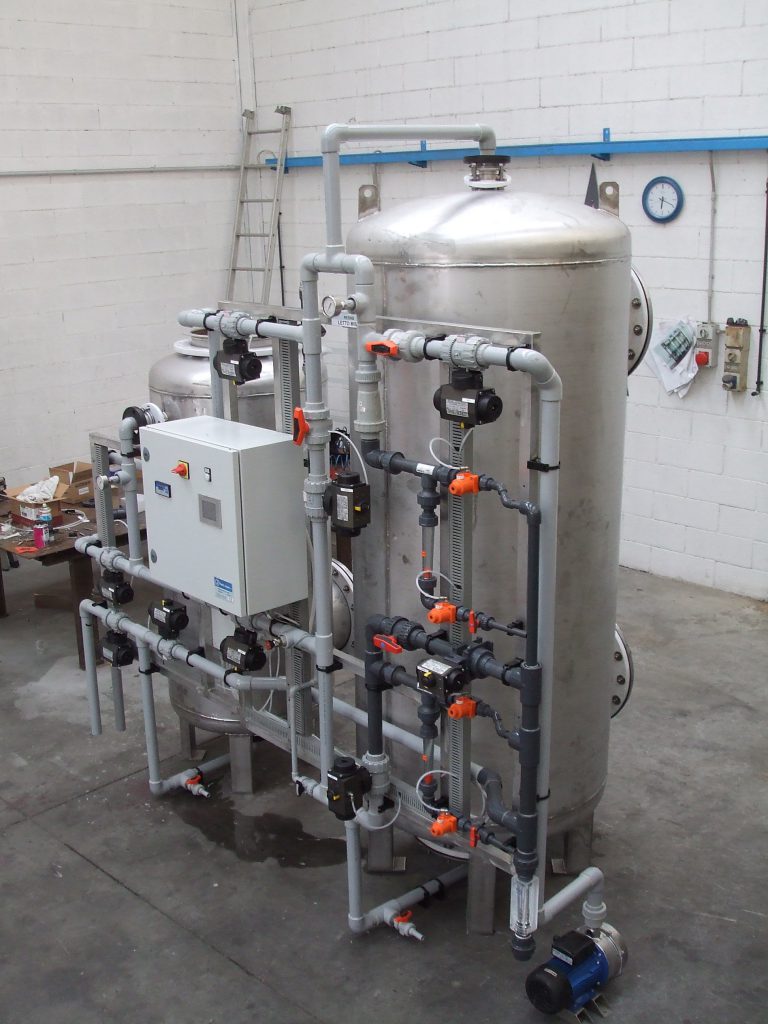 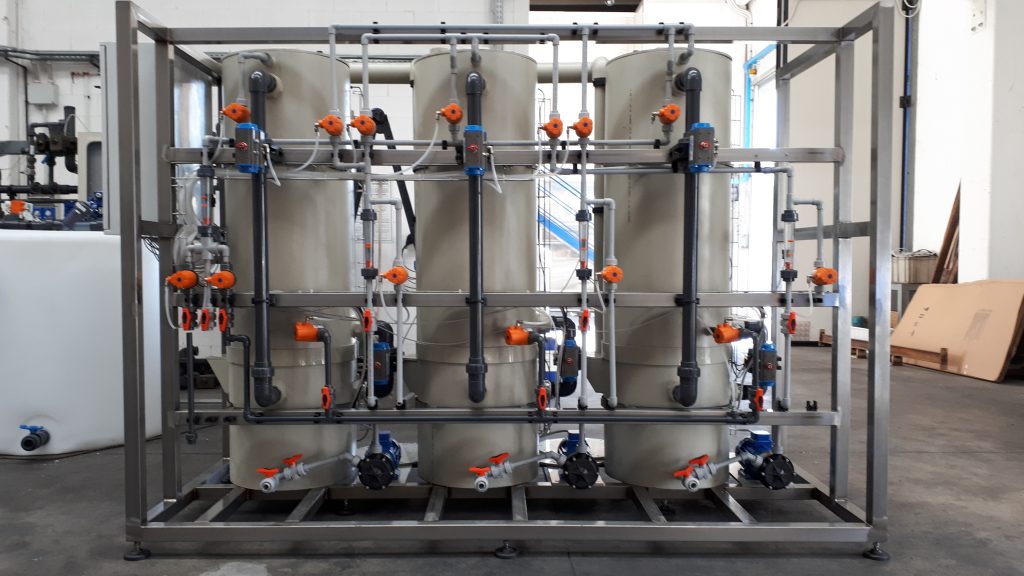 Resin plants for the recovery of precious metals 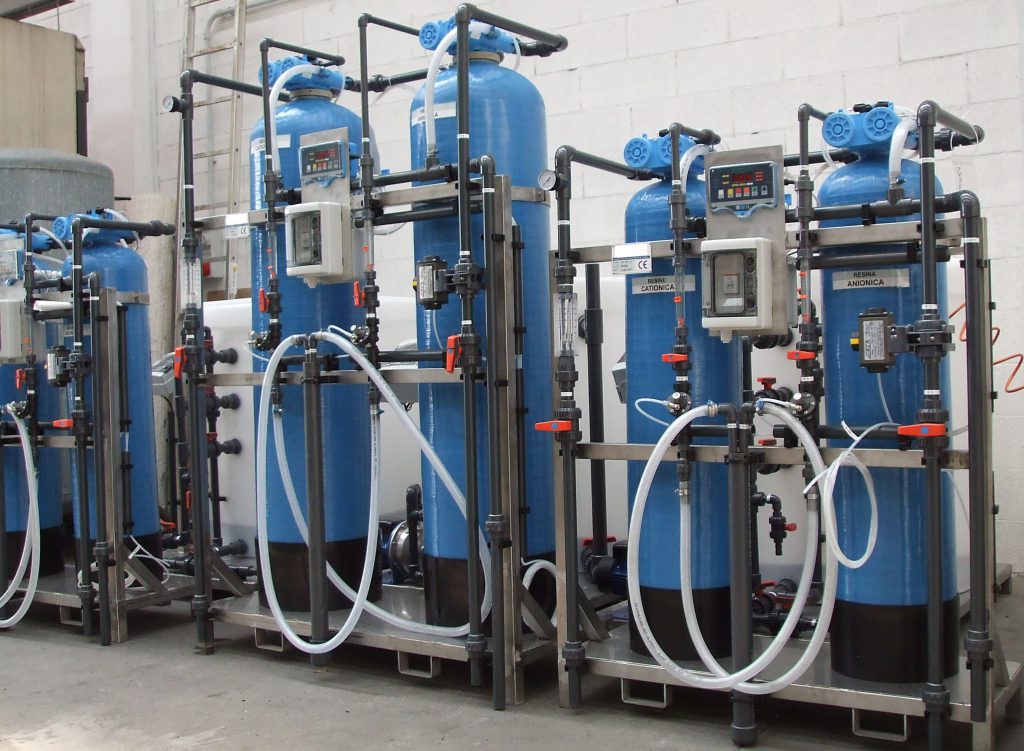 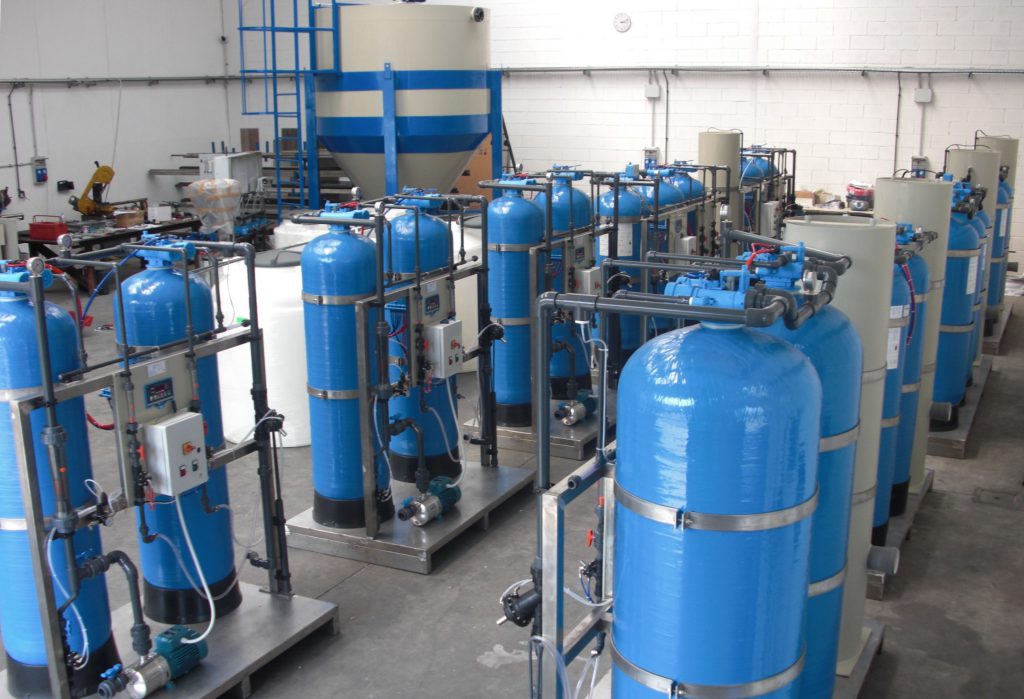 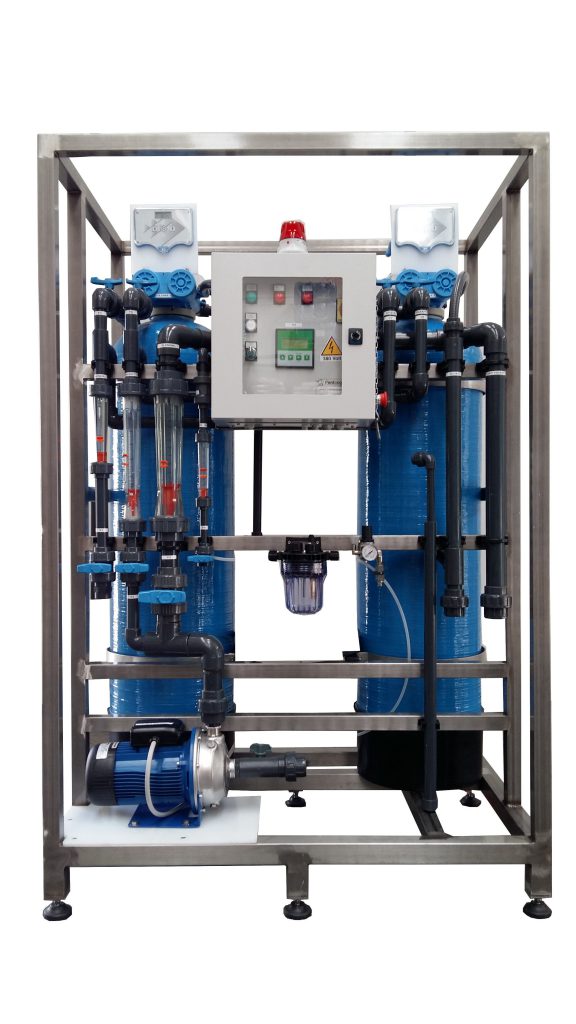 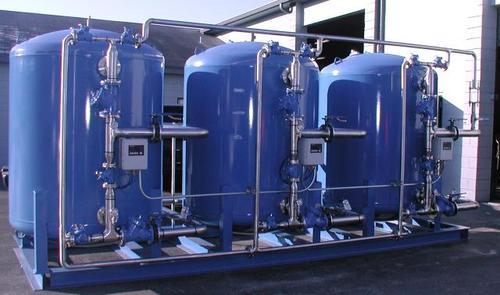